Like some others, I will not name the monster who apparently killed at least 27, including at least 20 children ages 5-10 at a Connecticut school.

However, unlike others, I will not simply quietly pray in the corner while the podium is ceded to another kind of monster: the people control advocate.

I’ve already engaged in two battles with these cretins on Facebook.  Here is a slightly modified summary that I posted to my own timeline after the other two threads calmed down a bit: 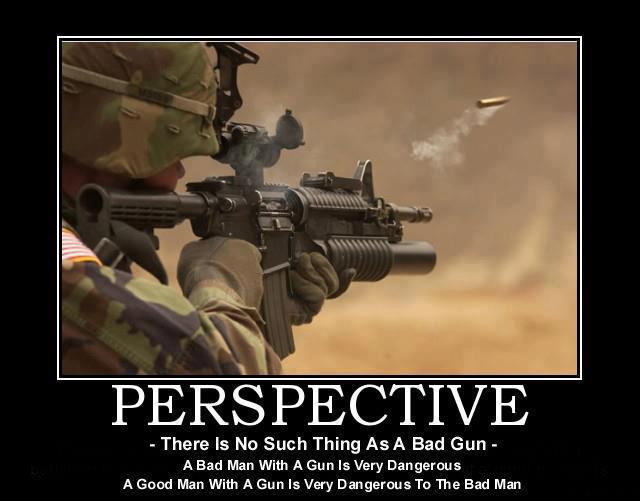 This was shared by [my] nephew, […] and it generated quite few comments (over 40), like the original from Guns Save Lives (over 60).

To those who think we should shut up and not talk about the politics of guns so quickly after a mass shooting, consider this: take your complaints to the gun grabbers. Almost invariably, it is *they* who call for more gun control after every single mass shooting. It is *they* who dance in the blood of the victims before it even hits the ground.

Here’s one comment I posted on my nephew’s post: “‘course, it’s always the antis that dive right in. My nephew, like me […], is *always* posting pro-gun stuff and statements like this. He said nothing about the shooting in CT. It wasn’t until a gun grabber dove in that the ‘gun control’ debate started wrt. the mass shootings. The antis want to dive in and dance in the blood before it’s dry on the pavement/linoleum and then those in favor of freedom are expected to STFU and bow our heads and respect the dead and their families. Well, what better way to respect them than to honor them by getting in the face of those who would use their deaths to further and agenda that would guarantee more massacres and do it *while they are still dancing in the blood of the victims*?”

And earlier, I posted this: “To paraprhase the late Heath Ledger’s character Gabriel Martin in “The Patriot”, Yes, pray for the victims. But honor them by taking a stand against laws that invite these tragedies to be worse than they have to be. See “Gun Free Zones” laws for what they are (Victim Disarmament Zones) and repeal them all.”I will not keep quiet about the failure and evil of gun control even so soon after a massacre. The gun grabbers don’t, so shutting up simply cedes the podium to them. I honor the victims and their families by fighting for the Israeli solution to this problem:http://www.cbn.com/CBNnews/310078.aspxCompare: http://www.courant.com/sns-rt-us-china-stabbingsbre8bd065-20121213,0,5592318.story

In the first article, a couple of  — no, that’s an insult to household pets everywhere — amoeba-brained dirtbags try to shoot up and cut up some students.  They manage to kill one and injure six before a couple of armed school counselors put the excrement down.  With guns, of course.  Contrary to what you might have been told, they do do some good.
In the second one, 23 people are injured [Correction: injured, not killed — sorry] before the scumbag is arrested.  What did he use? A gun?  Nope.  A knife.  And the article mentions another attack two years ago where 31 people were injured [Correction: ibid].  With a knife.
One gun grabber I was sparring with on Facebook who says he doesn’t want to ban guns says, “All I’m saying is maybe I shouldn’t be allowed to walk into a Wal-Mart or a pawn shop and walk out with a shotgun just because I have the money to buy it.”
So I replied, “”..just because I have the money to buy it.” — except that, you can’t. So what’s the law, again?”
Can you guess what the response was?
Well, I can’t, either, because he never responded.
So later, after I posted links to those two articles above, he says, “Yeah, every other pro gun person has been posting those links all day like any of those situations have to do with this one”
My response, “Like walking into a Walmart or pawn shop with nothing but the cash has anything to do with this, either. So what’s the law, again?”
Him: “The shooter’s mom was killed with her own gun. Let’s discuss that.”
Me: “I’m game. So, what are the details.”
So I ask again, and he changes the subject.  I entertain him, anyhow, and he goes away.  Granted, he might have just gone to bed or signed off Facebook.  I doubt the latter, since he’s posted from his mobile phone a few times, and if it’s like most mobile phone FB apps, it does tell you when someone’s replied to your posts.
These monsters need to be squashed like bugs, humiliated, dragged through the mud, in the midst of their dishonoring of the dead.  Don’t like us responding to them and working on destroying them politically, even in the midst of mourning?  Tough.  Bring your complaints to the monsters.  Not us.  They are looking for every opportunity to soak us in the fresh blood of victims.
I will not let them define us.
So my answer to the title of this post is, quite simply, both.
Stay Dangerous, My Friends